Getting paid for your worth realistically speaking….. 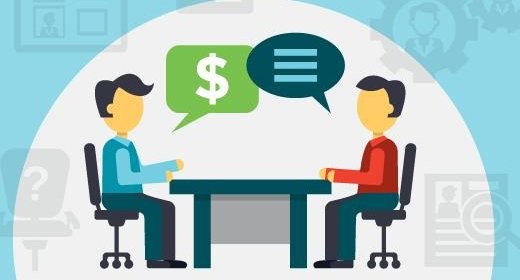 The entire universe of people that I have ever interacted with, claim that they are underpaid. Yes, underpaid and overworked. I seldom meet someone who is happy with what a fair days work earns the person. The most engaging and yet stressful part of my job is to negotiate a compensation on behalf of the client. It is common sense what a person can expect monetarily, when making a change to a new organization, but this very common sense is the first casualty when negotiating a salary. To reduce heart burn while making a change, keep in mind these factors, and using this rationale take a considered decision, to move or not to move jobs:

a)     Your Current Package: No matter, what the others are telling you about the existing market rate with your knowledge skills and abilities, the first basic premises of what you can demand in your new job will be based on your current salary. Be sure to communicate to the last paisa that your current employer is spending on you. Going back for negotiations in bits and pieces does not leave a good taste on either side. No mixed signals please.

c)      Cost of living Index: Moving to a metro should fetch you a higher package as the cost of living index is higher. Just as relocating from US to India, will not translate into a higher package, neither should that be an expectation when moving from Mumbai to Jaipur. Simple, in India, one cannot be paid a 100,000 USD in Indian rupees. Rather one can expect an annual salary of thirty lacs at most when moving USA to India. And, moving from Mumbai to Jaipur, actually one should be happy at a lower pay scale than one is currently drawing in Mumbai.Having to much money to spend in a region where the averages are low, is in a way, great disservice to the community around. Interestingly, Switzerland was in deflation at one time, and therefore the employees were given an annual decrease of 2% so that there is no excess money in circulation.

d)     Market conditions, boom or bust: Consider the buoyancy of the markets in general. When things are upbeat, the employers are willing to pay more. Uncertain economic conditions also mean lesser being offered to you.

e)     Internal parity: Any employer has an internal parity to maintain. A good organization is not only fair to those who are coming on board, but also wants to be fair for the existing employees. Seldom will a company out pay a new employee of similar knowledge, skills and abilities. A simple illustration is the house helps we engage ( I am not comparing a professional with one), we will pay the house help the going rate in the locality we live in, and not a penny more. The same applies to whatever the experience and skill a person carries. It is always an apple to apple comparison.

f)      Rarity of the skill: It depends what skills a person has. A rare, niche, super specialized skill can mean a highest paying job and on the flip side the risk of becoming redundant should the skills be no more required in the market. In an era when railways came to India, the rail drivers were highly paid, and then as the airlines made their way as a mode of transport, pilots became the highest paid drivers. Salaries are merely relative, basis need of the hour.

g)     A premium for a premium person: Organizations are willing to pay a premium for a person who has been with one organization for a long time. The premium is price being paid for the loyalty exhibited. It takes an effort to pull out an old faithful. Many readers can contest this point of view. My reference here is to world class high performance organizations. This is an unwritten and unspoken rule in hiring. There is respect for the one that stayed long enough. Delayed gratification is the best of sorts.

Having interviewed and negotiated for last twenty one years on behalf of organizations and my clients, I have become wary of people getting greedy when negotiating their future pay packet. What always has caught my attention is the person who has accepted a reasonable offer, where neither of the parties is short changing another. Short cuts, big bucks, false expectations, unreasonable comparisons are the pitfalls to robust hiring.

You pay me too much, and you shall let me go.

Not less, not more, just let’s keep it fair”.

I am happy to advise professionals with what they can demand in the market place. Feel free to connect with me via Linkedin.