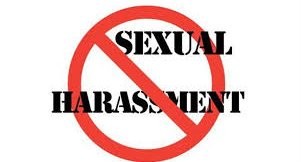 He is in news for the wrong reasons. These are men from hell as far as women are concerned. Handling a sexual harassment incident at workplace is like walking on a tight rope. Everyone is left second guessing. Doubt, more doubt and self –doubt on the sequence of events, if it ever happened ? Wishing that it never happened, wishing that it was never reported, wishing that one could go back in time to a space when all was comfortable, clean and nice.

It is a terrible space to be in to report such behavior and then having to stand up to it. It irks me no end, when I encounter and innocuous brush or a gaze drifting elsewhere than about my shoulders. I walk around with my antennas up all the time. Yes, all the time.

Did it or did it not, occur, there are innumerable shades of grey. Caught betwixt the twilight zone of how to capture an event , so subtle and yet so terrifying to a woman, it is hard for organizations and individuals to have an effective mechanism, despite a constant tightening of the framework and policies. A person of authority and power is probably the most challenging to deal with. My take on it is that all things being equal the onus lies with the woman as to how she wants to handle the situation. Does she want to be a victim, or does she have the courage to correct the person.

Two incidents in my own career in the corporate have left a deep impression on my mind.

In the first instance I had just started my career as a Management Trainee. On a busy Tuesday 11 am a somewhat senior Manager whispered something inappropriate into my ear right in the middle of an open space area. I was furious as hell and on top of my voice yelled “Mr. ABC, if I ever hear anything like this again, I will slap you right here in front of everybody”, everyone jumped out of their workstations, to find a bewildered and visibly shaken Mr. ABC and a fuming tall woman towering over him, ready to tear him to bits. End of story, message given, received, and I had a smooth sailing in the company for the rest of my days there. I think I carried a 440 Volts sign, as everyone was at an arms length or simply jumped at my sight.

The next instance was in another job, where I worked with a Senior VP as his EA. A hearty yet colorful man, who had a thing for women, I was dismayed to learn of these traits post joining the organization. I kept to my work and tried to be extra cautious as we were the only two in the department and busy setting up the function. Two months into the job, when he was trying to get familiar, mind you just talking about random stuff, in anticipation of what was coming, I just looked into his eye, one on one and said it clearly “Look boss, do what you want with those who are willing, keep me out of it. If you have a problem, either you quit or I quit” .Period . I think he was stunned. He did turn around to chide me of casting aspersions. I simply held my ground by reminding him of series of trespasses, and I was no hard nut waiting to be cracked. I would not budge. He got the message. Happily for me he wasn’t the vindictive sorts, he let me be in my space. I let him be. We went our ways, kept in touch and wished each other well.

I can relate to every woman who has suffered this indignity. But if your response was not immediate, the matter gets diluted and leads to unpleasant speculation and lot of grief.

A hard slap, right there, then just like the way the woman’s modesty has been out raged in that split of a second, needs to happen. Venting anger real time, letting the guy know that he is a lech, will work much better for you, than running to mommy (organization/ law) and sulking and crying. Yes, you might not have a job tomorrow, and might not get one for a while. But I think this is what we signed up for in the first place, Independence ( read freedom). So long as you are constrained whether in the confines of four walls of your home or a work place, against your will, I think then women need to re-prioritize. True, the reader can turn around and say why should the woman be expected to quit, well certainly not, but that is the worst -case -scenario I am talking about.

You need to listen to yourself, than getting an audience to your woes on sexual harassment. You need to be your own crusader. I work for and support women causes. I mediate on Sexual Harassment cases, conduct gender sensitization, and awareness programs. There have been sensible and pro-active resolutions. But. First things first, Woman you needs to stand up real time, there and then, and not someone else come, brandishing a sword to fight for your cause and dignity. In my mind I wield a sharp glistening mean sword in one hand and a shield in the other. I have all the compassion in my heart, and yet I will slice the deserving neck when it comes to that.

Finally, the ex-bosses ( ex-lechers and all), forgiveness to them was also instant. I did not keep it to my heart. We bump into each other in conferences or public places, we greet each other warmly. When I put it in a perspective, that was another era, and we were different beings, our thoughts and desires ( their desires to be specific) were different. I stay hopeful that human beings evolve, and so do lechers J